I ended up starting a band with my friend Tim via a Slack channel I have with some friends. We had no plans to start a band, but some jokes about band names suddenly led to him making a drum beat during his lunch break, and then me sending it back to him with a bass line a day later. Tim and I have never played music in the same room together, and he hasn’t been in a band or a recording studio since high school. This project has been done entirely by sending tracks back and forth, and typing messages to each other about the parts and what to do next. This aspect was really interesting for me songwriting wise, as it really opened the doors to a lot of possibilities that I’ve never considered while writing songs in the same room as a full band. I’ve always approached writing rock music as a live piece, and these songs were written entirely with the studio production in mind, with no limitations to how many parts their could be at any given time. It was also a great opportunity to rethink any song ideas we had and chop them up and repurpose them as we saw fit. Certainly the second song is long way from the minimalist reggae song it started out as, due to moving parts around, and creating new parts via the editing of older ideas. This project has also been done only on virtual instruments, which I think helped the process of using the studio as a songwriting vehicle. I also enjoyed explaining and walking Tim through some concepts and instructions since he had to write and record his parts on his own, at home. It was a great exercise to explain to Tim how he should record or re-record his own parts, and work together to make songs that we both like. I’m really happy with how these sound given the circumstances, and using a new process for songwriting was very illuminating. Excited to work on more tracks for this project, and if for some reason you hear this and want to sing on them, get in touch.

I have worked with Nat Coghlan on a lot of projects over the years, usually more rock based, so I was pretty interested when he sent me these drone loops to work on early on, early in the pandemic. I enjoyed getting lost in a hybrid “mixing/mastering” project of these tracks that he recorded with his phone. Nat’s own description of the project is even more illuminating.

“Written and recorded over the first seven days of the shelter in place.

Thinking that shelter in place would only last two weeks, I assumed that these would be the first half of songs that I wrote for this project. I envisioned a musical snapshot of what I thought would be a bizarre, but brief time.

Each day, after recording a song, I would email it to a small group of friends, like a drone-a-day subscription service. I don’t think anyone was clamoring for the songs, but having said that I would send them kept me accountable, and made sure that I sat down with my guitar before the day was over, even if I felt like just falling asleep on the couch instead.

The repetition of the songs accidentally mirrors how the early days felt during the pandemic. Listening back to them, they have another quality that mimics the pandemic. It’s not exactly clear where you are in any given song. The middle, towards the end? How much longer will this go on for? Weeks, months?”

Nat went on to make a track everyday for 4 weeks.

Finally went out and got the Bass Amp I’ve always wanted for the studio, by selling off some gear that wasn’t being used very often. I love how this thing sounds and how well it stands out in a mix. 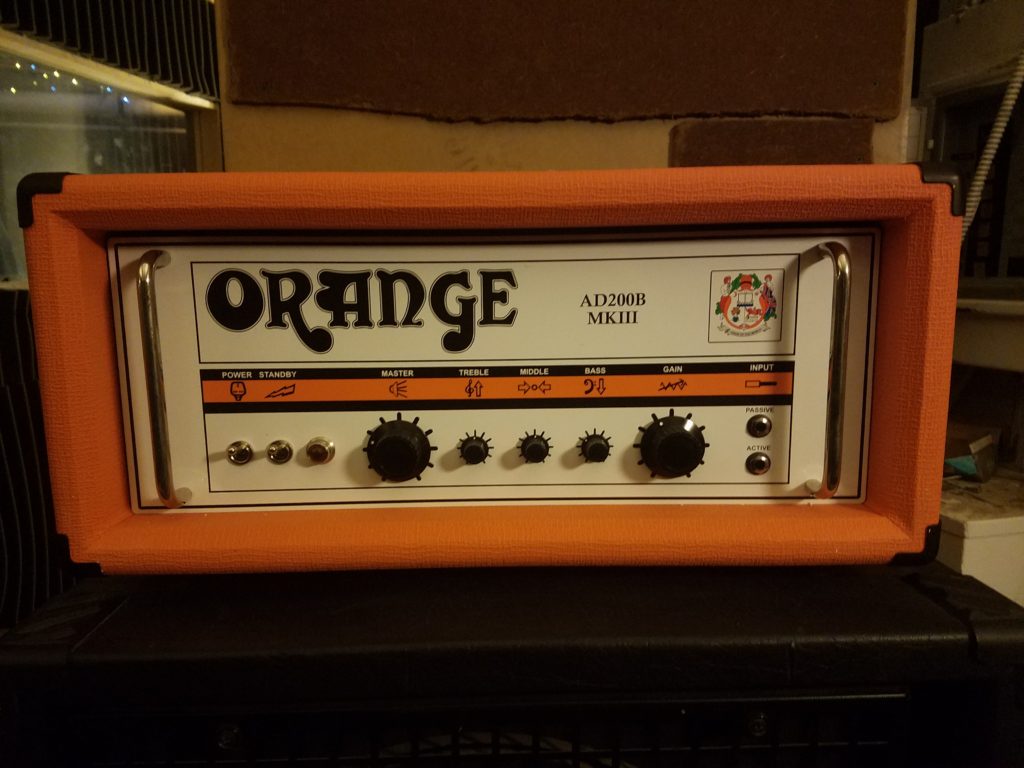 Ladder Devils came to the studio about 2 years ago and recorded all the basics for drums, bass, and guitar with me. I then gave them a mix of all those elements and then they recorded and mixed their own vocals, a couple guitar leads, and other sounds over the top of it, as well as mastering it themselves. A somewhat unorthodox method to make a record, but all that matters is that it sounds pretty cool in the end.

George Chamberlain has been coming to the studio, pretty much as long as I’ve been doing it, and always brings something fun to work on. This time he showed up with Tiny Vices which includes Matt and Brendan from his old band Aim of Conrad, who I hadn’t crossed paths with since I still lived in Boston 10+ years ago. These guys laid down 4 songs of catchy, heavy, noisy, grungy, Rock ‘N’ Roll. Do yourself a favor and give it a listen. Recorded and Mixed by me. Mastered by AudioSiege.

Black Urn came into the studio at the beginning of the year and laid down 3 songs for an E.P. but after mixing and mastering those 3 songs, came back in the studio and gave me the challenge of adding one more song to the E.P. I loved working on this project and trying to recreate a previous recording session is a great challenge for any recording engineer. If you are a fan of any genre of extreme metal, you’ll want to give this a listen, but particularly if you like your Doom Metal with a heavy dose of brutality.

Dull Knives came into the studio right after the New Year and busted out this E.P. of driving, noisy, hardcore and helped start the year off right.

5 songs. 10 minutes. No messing around. Give it a listen, and look to catch them live. Mastered by Brad Boatright at Audiosiege

Radio Static’s review says it better than I can….

What do you do when your friend calls you up, and asks you to help him finish a record, and oh by the way half the band is in L.A. at that very moment recording the drums and guitars? You spend Thanksgiving in the studio recording walls of guitars, and whispered vocals, and in between sessions lining up direct bass tracks recorded at another band members house. Unconventionally created and recorded across 3 States at 3 different times, but TRUE CROSS made a really cool sounding record, that would be unfair to pigeon hole as just ShoeGaze. Lots of melody and lots of noise.  Ex-Members of Trap Them, Transistor Transistor, Abigail Williams, Vehemence, and Landmine Marathon. Ultimately mixed and mastered by me. Give it a listen.

Vinyl takes a long time to get done these days but this 7″ was well worth the wait. Feels like we recorded this stuff forever ago. Dirt Queen put a lot of time and effort into these 2 songs and I think the results speak for themselves. I loved working on their demo, and these 2 songs are a huge step forward. Would love to see people take notice and send these guys back into the studio to do a full length. They won’t be Philadelphia’s best kept secret for long. Mastering by Brad Boatright at Audiosiege. The 7″ is limited to 100 physical copies, so mail order it quickly or pick one up at a show. https://dirtqueen.bandcamp.com/

Toska came back to the studio to finish the vocals for 2 songs from their last session. I gave the mix a little bit of a tweak, and mastered it myself this time. Really happy with the results. Some truly furious sounds.